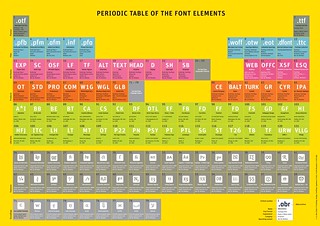 Even if you don’t know much about graphic design, you can probably throw out a few cocktail-party-worthy truisms: “Comic Sans is just the worst typeface ever.” That statement is irrefutable, right? As unassailable as grass being green, Shakespeare was a genius, and Tina Fey is way funnier than Seth MacFarlane. If you want to come off as a typography dilettante, you might make some seemingly inoffensive remark like, “Well, you can’t go wrong with Helvetica.” And if Craig Ward overheard you, he’d most likely shudder and take a subtle step toward the door. It’s hackneyed statements like these that he tries to dismantle in…read more at 7 Of The Biggest Lies In Graphic Design

Craig Ward & 7 Lies in Graphic Design on the Twitter Timeline:

There are no rules @CommArts: Famous #creatives debunk the rules in Craig Ward‘s Popular Lies About #GraphicDesign. http://t.co/k9Z0cBYPVh

The biggest lie you’ve been told about design? Here are 7 gems from Craig Ward‘s Popular Lies A… http://t.co/Hg9i3JjRKX #graphicdesign

WordPress is a popular platform builder for many websites on the Internet. It holds almost a-third of the websites online, … END_OF_DOCUMENT_TOKEN_TO_BE_REPLACED

From social media to paid advertising and everything in between, a great deal of your marketing efforts is invested into … END_OF_DOCUMENT_TOKEN_TO_BE_REPLACED

The Mystery Behind the Web Developer, Snake…

Let us be honest for a second, there are so many words and phrases related to web development and marketing that are being … END_OF_DOCUMENT_TOKEN_TO_BE_REPLACED