After saying adios to 2013, a year that saw an unprecedented growth in smartphone applications, it’s intriguing to imagine what they’re going to look like this year and beyond.

A report published by Flurry reveals that out of the total mobile time, 80% is spent in applications, and the source says solid colors reduce the strain on the eyes and will be picked in most app designs over light colors.

Flat, minimal and skeumorphic designs were integrated by app designers to create an effective user experience in the last few years, and some of these elements are expected to stay for the next few years. Skeumorphic design has seen a reduction in use.

The design landscape is also evolving because of social media mobile apps released for LinkedIn, Google+, Instagram and other platforms, while other popular offerings like Vine and Snapchat have integrated simple gestures to present a radial & fluid UI. 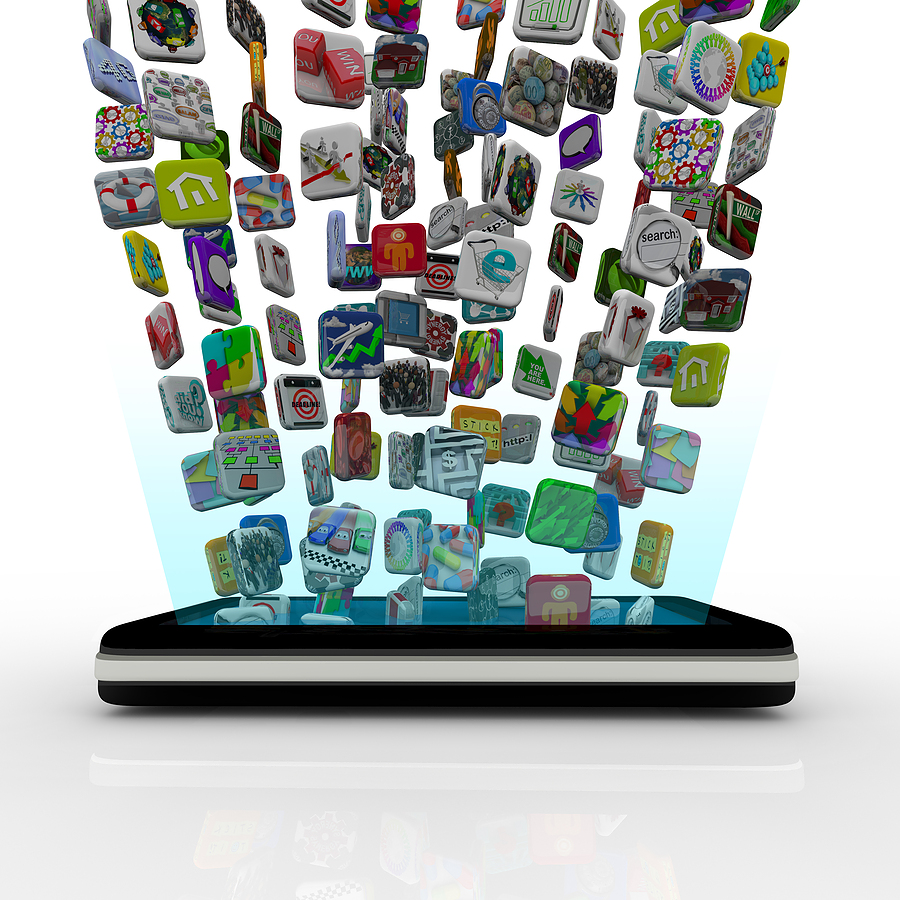 Native typefaces are being reconsidered and bigger as well as custom made fonts have been an ideal replacement as they are able to generate user interest. Developers have also realized that the easier way to catch user attention is to use larger fonts.

Clutter-free lettering is also becoming a norm, and a lighter typeface is being utilized to create a smooth UI, and now it’s easier than before to make modifications to font style courtesy of better SDKs on mobile OS platforms. An example of brilliant typography comes in the form of Instapaper.

App designers and companies are now making use of trays, sliders and bars that come out from the screen’s corner, top and bottom to display controls offered by the app. This frees up the screen space from controls and options that are rarely used by users.

Designers are also benefiting from the cloud visualization approach towards mobile app design. Such platforms are allowing them to create actual form factors and reduce the time required in handing the app over to the development team. So through a single tool, designers are able to display a prototype of hidden controls for quick collaboration with other members of the team.

App designers are reducing the focus on simple animations and instead are utilizing them as signboards. This action has led to the creation of a UI that gives users clear instructions of the actions required. In other words, the animations are now being used to educate users over the features of the app. An example comes in the form of OK Timer for Android, an app that displays the actions users have to perform to set alarms.

The apps are giving users a real time feel through animations: the images are enlarged when users navigate between pages, the buttons change in color and shape when clicked and long-pressing an icon opens up a particular app. All these actions portray signboards that are able to interpret user actions and react to them. Some signboards have also been complemented by vector graphics for adapting to different screen sizes.

These developments are slowly permeating their way into the majority of newly released applications and are going play a major role in upcoming mobile design trends.

Both the online and offline presence of a company is very crucial in promoting the brand name. Whether the company is small … END_OF_DOCUMENT_TOKEN_TO_BE_REPLACED

WordPress is a popular platform builder for many websites on the Internet. It holds almost a-third of the websites online, … END_OF_DOCUMENT_TOKEN_TO_BE_REPLACED

From social media to paid advertising and everything in between, a great deal of your marketing efforts is invested into … END_OF_DOCUMENT_TOKEN_TO_BE_REPLACED